The Right Stress Can Lengthen Your Life

If there’s one thing we think we know, it’s that stress is bad for us. However, what if that just isn’t true?

The startling truth gleaned from recent studies is that some forms of stress are very good for us. It appears that Nietzsche was right when he said, “That which does not kill us, makes us stronger.” Our biggest problem is the lack of stress. However, the type and quality of stress we are under defines whether it will help or hurt us.

Human beings evolved over millennia in a world that bears little resemblance to the one we inhabit today. Food shortages and changes in temperature were common as our species evolved, and daily physical exercise was a given. Today, most of us have an abundance of food that we eat in climate-controlled environments. We can limit our movement from bed to the refrigerator, and onto the lounge chair.

This modern utopia created in the name of progress has spawned an explosion of health problems. Obesity, diabetes, heart disease and hypertension are the rewards of our cushy lifestyle. We have managed to remove the stressors that ensured optimal health. 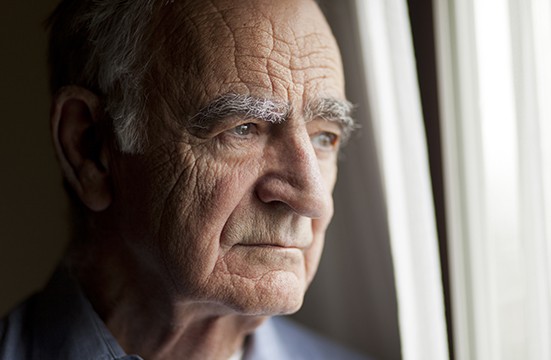 A team of researchers at the Salk Institute have found a way to remodel mitochondria via short-term stress to generate fewer toxic byproducts. These byproducts cause the mitochondria to deteriorate over time, so lessening their number should enable scientists to find new approaches to fight aging on a cellular level.

“The novelty of this study is that we’ve generated a model in which we can turn off antioxidant production in mitochondria but in a reversible way,” says Salk Professor Gerald Shadel, the senior author of the paper. “So we were able to induce this stress for specific time windows and see how cells responded.”

A group of mice whose SOD enzyme had been turned off briefly to trigger stress in mitochondria looked the same as genetically identical mice at four weeks of age. However, researchers discovered a surprising difference. The stressed mice had more mitochondria with less superoxide buildup and higher levels of antioxidants than the control mice. In other words, the stressed mice were healthier, at least from a cellular point of view.

The team found that the stressed mice had developed unexpected molecular pathways that reprogrammed the mitochondria to produce fewer toxic molecules, while at the same time stimulating the cells’ antioxidant capacity.

Shadel, who holds the Audrey Geisel Chair in Biomedical Science, adds, “We are excited to test if the unique mitohormesis signaling pathways we will elucidate in this new mouse model can be targeted to prevent common age-related disease like cancer, Alzheimer’s and heart disease.”

On a more practical level, several stressors have been identified that can help you live a better life today. These are specific and short in duration rather than the chronic, all-encompassing stressors associated with negative outcomes.

The best way to extend an animal’s lifespan (including that of humans) is by calorie restriction. (See sidebar). Reduce food intake, and not only does lifespan lengthen, but it triggers a cellular response that increases resistance to chronic diseases and inhibits the aging process. One way this works is by reducing inflammation. Science has found that inflammation accompanies the early stages of many chronic conditions.

The inflammation induced by exercise would seem to indicate that it’s better to be sedentary. But in spite of this short-term effect, the more enduring result of exercise is a strong anti-inflammatory effect. Interestingly, when you take the antioxidants vitamin E and C before a workout, the beneficial effects go away. The body needs the mild irritation caused by exercise to derive therapeutic benefits.

Like people, plants also have had to adapt to the environment. Unlike humans, a plant can’t move to get away from stress. Dangers are many, including UV radiation from the sun, hungry bugs and herbivores, and fluctuations in temperature, rainfall and soil nutrients. Plants have had much longer than humans to adapt differing responses to these stressors we have in common.

It’s no coincidence that about half of all drugs approved during the last 30 years are sourced directly or indirectly from plants. Morphine (1826) and aspirin (1899) are a pair of plant-based remedies still in use today. Consuming plant foods can help us resist disease, but our modern diets contain far fewer plants than those of our hunter-gatherer ancestors. Furthermore, instead of wild food, we eat an abundance of factory-farmed produce with the resistance bred out or genetically modified.

Hunger Games Aside, Calorie Restriction is Good for You

Does anyone recall this dialogue from the movie Sleeper, where doctors of the future are discussing a patient?

Dr. Aragon: [chuckling] Oh, yes. Those are the charmed substances that some years ago were thought to contain life-preserving properties.

Dr. Melik: You mean there was no deep fat? No steak or cream pies or… hot fudge?

Dr. Aragon: Those were thought to be unhealthy… precisely the opposite of what we now know to be true.

We’ve known for decades that restricting calories in mammals leads to a longer lifespan. Now, the results of the first trial with healthy humans starting at a normal weight are in. Cutting calories by 15 percent over two years slowed down aging and metabolism. Consuming fewer calories cut down on oxidative stress, which is linked to cancer and diabetes as well as several neurological conditions that tend to crop up in old age, such as Parkinson’s and Alzheimer’s.

While the study had a fairly small sample of 53 men and women aged 21 to 50, the results were true regardless of what they ate. Subjects lost an average of nearly 20 pounds but noted no adverse effects, including anemia, excessive bone loss or cessation of menstruation. Conversely, participants enjoyed improved moods and health-related quality of life.

“We found that even people who are already healthy and lean may benefit from a calorie restriction regimen,” Redman says.

Several factors influence metabolism, but current theory supports that slower metabolism provides the most benefit for healthful aging. Slowing down metabolism through calorie restriction leads to more efficient use of energy and a longer lifespan.

If restricting calories for a longer life interests you, check out the Calorie Restriction Society. The rest of us may have to resign ourselves to a shorter life. 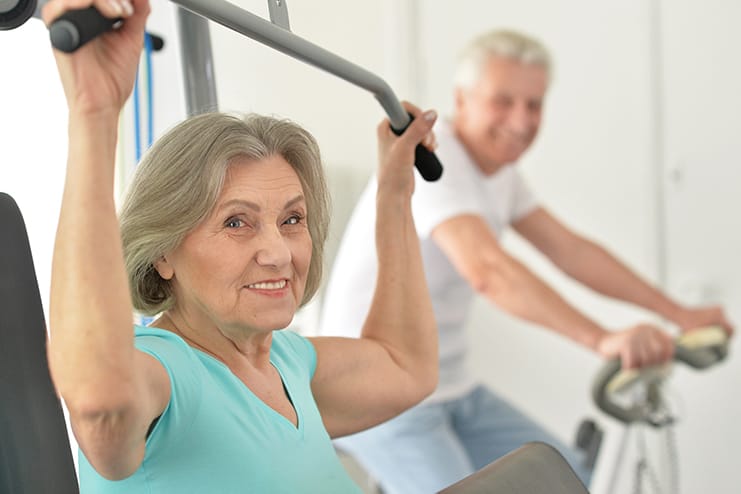 Make sure your doctor approves any changes before you switch up your routine. There are several ways to kick-start your mitochondria. Try one or several to find out what works for you.